[vc_row][vc_column width="1/1"][vc_column_text]The 2014 CEEC Medal winners were recognized at a VIP cocktail party at the closure of IMARC2014, the inaugural International Mining and Resources Conference held in Melbourne recently. It was a great honour to have Victoria's Deputy Premier, the Hon Peter Ryan, acknowledge the Coalition for Energy Efficient Comminution and our mission. The Deputy Premier presented Dr Geoff Brent and Michael Rothery with their Medals, while Orica's Steven Boyce, collected the Medals on behalf of the other two authors. 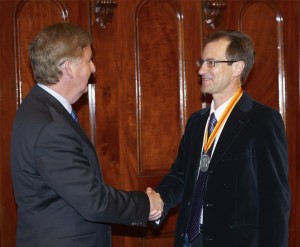 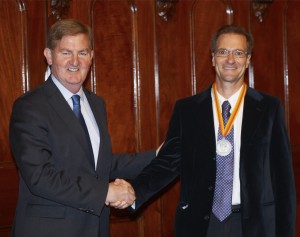 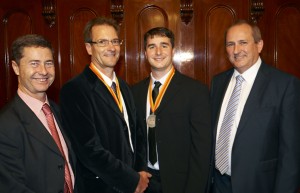 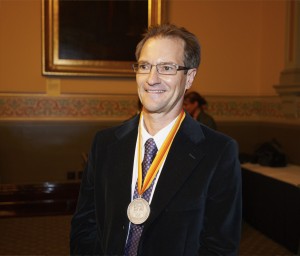