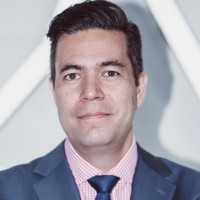 Marc is an energy and emissions expert who joined the CEEC Board as a Director in 2019. He is the Technical Director at Engeco, a Singapore-based consultancy providing advisory services primarily in energy and greenhouse gas management and strategy, as well as broader sustainability, across Australasia.

Marc has over 20 years’ experience in a variety of operational and consulting roles with INPEX, Energetics, Simulus and BOC. His experience has focused on sustainability, process engineering, carbon management and energy efficiency to enable the transition to a low-carbon economy through development and implementation of robust strategies for greenhouse gas and energy management.

He has published a number of papers on renewable energy, energy efficiency and carbon pricing. He holds a Bachelor of Engineering (Chemical) degree from the Curtin University of Technology and is a Certified Energy Manager. He is also a mentor for the Curtin Next Step mentoring program. 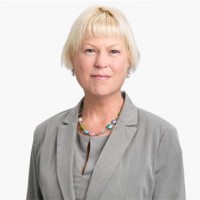 Janine is a Director of MetVal Consulting Pty Ltd, Convenor of the MetPlant Conference Series, former Non-Executive Director of Base Resources Ltd and former Director and Immediate Past President of the Australasian Institute of Mining and Metallurgy (AusIMM). She has over 30 years’ experience in the resources sector, across multiple commodities; starting her professional career as a graduate metallurgist in Mount Isa and later working in various operational and project roles across on numerous sites, including 10 years with Iluka Resources. As General Manager - Minerals and Industrial, with Amdel she then led a major expansion and transformation of the company which then became Bureau Veritas.

She is also a member of the Steering Committee for the NExUS program, the Advisory Board for the ARC Training Centre for Integrated Operations for Complex Resources, presenter for the AusIMM Professional Certificate in ESG and Social Responsibility and is on the Advisory Board of the Australian Society for Off-Earth Construction (ASOC) which operates out of the Andy Thomas Centre for Space Resources. 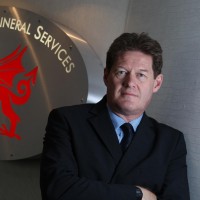 CEEC Director and Past Chair

Mike Battersby has more than 35 years' experience in the minerals industry. In 1997 he co-founded Maelgwyn Mineral Services Ltd (MMS), based in Cardiff, Wales, where he is currently the Managing Director. MMS provide innovative new technology to the mineral extraction and environmental industries. Prior to this Mike had many years' operational experience with AngloGold, DeBeers and Billiton in Africa and Australia.

Mike has degrees in Mineral Processing (Cardiff University) and Enterprise & Innovation (Swinburne University of Technology). He is a Chartered Engineer and is a Member of the Institute of Materials, Minerals & Mining (London), the Australasian Institute of Mining & Metallurgy and the Society of Mining Engineers of AIME (USA). Mike is also active in the sporting world of triathlon where he is an international age group competitor and is a past director of both the British Triathlon Federation and Welsh Triathlon. 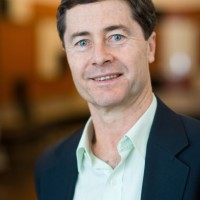 CEEC Director and past Chair

Joe served as CEEC Chair from 2013 to 2018, and is an active CEEC Director and immediate past Chair.

Joe has 40 years’ experience in the minerals industry, in research, operations management, technology commercialisation and consulting. He worked in operations management for 21 years, where he was involved with the development of several technologies and methods to enable processing of complex ore. For 12 years he was Chief Executive of Xstrata Technology, which further developed and globally marketed these technologies to improve the efficiency of minerals processing, smelting, refining and leaching.

Joe has served on several University and industry collaborative Boards and bodies, including AMIRA International, JKMRC, the Ian Wark Institute, and the Minerals Tertiary Education Council.  He is currently an independent Director of CRC ORE, which seeks a step change in efficiency by better integrating all steps in production from drill core to final product.

Joe works as a specialist consultant to the minerals industry. 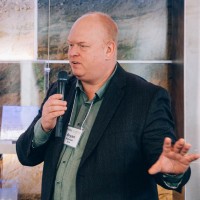 Bryan Rairdan joined the CEEC Board in 2020 and has been involved in CEEC through the CMIC-CEEC Global Water Curves workshop held in Vancouver in 2019. Bryan holds a degree in metallurgical engineering from the University of Alberta and a Masters of Business Administration from Simon Fraser University. He has held operational management, project development, and technical services roles through his 25 year career, with the majority of this work focused on base metal mineral processing.

Bryan is passionate in his efforts to help the mining industry produce the commodities society needs in the least resource-intense manner practical. His current role is Technical Director, Processing with Teck Resources Ltd headquartered in Vancouver, Canada. 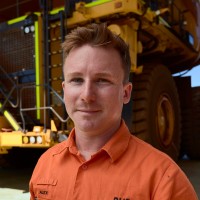 Alex Bertram is a proud father of two and husband to a chemical engineering wife and successful intrapreneur turned industry advisor & entrepreneur.

Alex is passionate about getting emerging technology into the hands of frontline workers, with a focus on making a tangible difference in sustainability outcomes across the energy and resources industry – particularly carbon emissions and frontline safety.

Since starting his career as a management consultant in Deloitte in 2006, he worked for BHP for 14 years across a diverse range of areas from investment evaluation to construction, prefeasibility studies to equipment autonomation, technology development to portfolio management, from project delivery to product management and a stint at the world largest company Microsoft as secondee Industry Advisor.

Today, Alex focusses his efforts on accelerating development of emerging technologies in Australia through his role as Industry Lead for the Australian Automation & Robotics Precinct. He is also making a tangible difference to the sustainability of the energy and resources industry through his role working with miners on zero emission power systems in heavy industry with FirstMode and is the founder of Carbon30.ai.

A highlight from his 16 year career in energy and resources was developing and scaling BHP's awarded Dash Tools platform, which puts sensors in harms way so people don't have to be on heavy mobile mining equipment (dash.bhp.com). 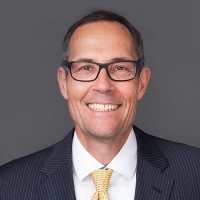 Eric Wasmund, PhD, P.Eng is a mining executive, based in Vancouver Canada, who currently manages the global business of Eriez Flotation, a proprietary equipment and consulting business with offices in nine countries and staff of approximately 100, serving every major mining jurisdiction in the world. He has 30+ years of experience in the sector including roles in process development, R&D, studies, engineering management, capital projects, sales, marketing and business growth.

Eric is passionate about improving the sustainability of the resource extraction industries.  A key strategic objective for the Eriez Flotation business is the commercialization of the StackCell and HydroFloat product lines, two revolutionary new products that reduce energy and water intensity in mineral processing. 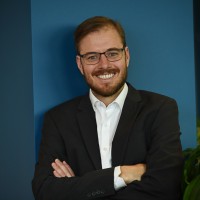 Grant has 15 years of mineral processing engineering experience in design, optimisation, operation, research, and development. He was previously involved in successful applied industry research over twelve years covering five continents and eight commodities. He has been involved with CEEC since its inception, attending the first workshop in Noosa in 2012 where the idea for the Energy Curves was born and developed into a project he led while working at the JKMRC.

At Ausenco, Grant coordinates the development, innovation and assessment of new technologies and flowsheet strategies for the international comminution group.  He also provides critical input at the front-end of engineering design projects, consults with operations, and assesses the economics of enhanced process technologies such as coarse particle flotation and bulk ore sorting. He is also a leader in assessing and improving ESG outcomes for projects.

In 2019 he won the CEEC medal and in 2017 he was awarded the Minerals Engineering Young person of the year award. He has published 33 refereed publications and 18 non-refereed publications.  He has presented at 40+ conferences, conducted 450+ hours of industry courses, workshops, and webinars, and 150+ hours of undergraduate lecturing. 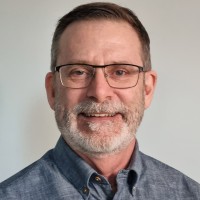 Philip Bangerter graduated from the Otago School of Mines (NZ) in 1981, with an honours degree in mineral processing. He worked as a metallurgist between 1982 & 1986 in Tin and Mineral Sands operations. In 1987 he embarked on a commercialisation career, which has encompassed process equipment sales, sales management, technology commercialisation, IP management and R&D.

Between 2001 to 2016 Philip worked for Hatch, one of the world’s leading engineering companies in the mining and metals industries. His roles encompassed commercialisation, project management and primarily as Global Director for Sustainability.

In early 2016, Philip left Hatch to start his independent consultancy providing facilitation and commercialisation services in the circular economy. His primary clients in this period have been Whittle Consulting, Energy Resources of Australia, CEEC International and Anglo American. He is also an Industry Fellow with the Sustainable Minerals Institute at the University of Queensland.

Since Aug 2016, Philip has been a shareholder and consultant to Whittle Consulting, acting as Regional Manager for Australasia, based in Brisbane. His speciality in this role is Sustainable Development and ESG.