Trends in the costs of copper production

The International Council on Mining and Metals' (ICMM) latest report on the role of mining in national economies (2nd edition) ranks the world’s 214 economies according to the importance of mining and metals.The report extends the analysis of that in the first edition to capture the recent downturn in the mineral prices (2010-2012). 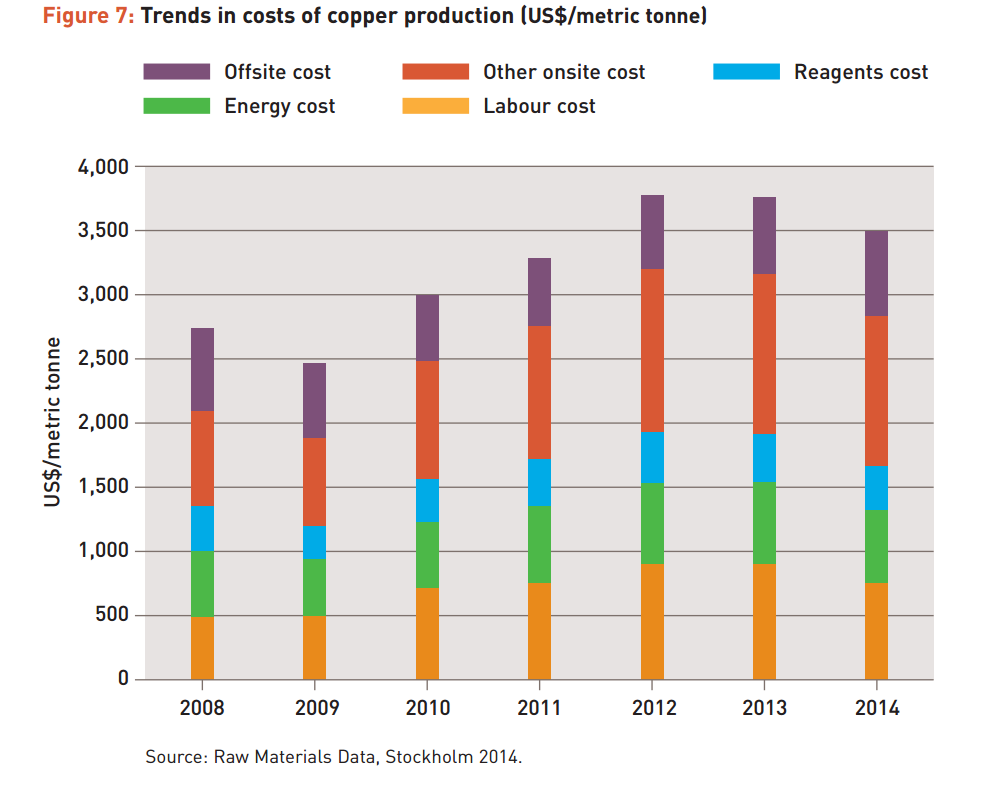