State of the Nation 2015 – Blog by Dr Grant Ballantyne

I was lucky enough to be able to attend the recent Australian State of the Nation conference organised by the Committee for Economic Development of Australia (CEDA). This was a 1.5 day event bringing together economic strategists, industry leaders, eminent researchers and politicians. The theme of the event was old economy, new economy and the following concepts were discussed:

• equipping future leaders to benefit from digital disruption such as automation.

Being a research academic in metallurgy, I was focussed on how these big picture trends are likely to impact higher education, research and development and the resources industry.

The mining industry is intimately aware of the benefits that can be reaped from the increased development in Asia as this was a major driver for the resources boom. Now that the mining industry is moving out of the construction phase into a production phase, there are fewer jobs available in areas such as Engineering, Procurement, and Construction Management (EPCM). However, the emerging Asian middle class may present opportunities in other service related positions. It may also contribute to a further increase in foreign ownership in our natural resources.

The further investment in innovation to battle Australia’s productivity predicament will likely benefit agile research and development organisations. Since productivity is such a big ticket item in the mining industry, this trend will likely affect mining research disproportionately. Innovation cannot be achieved without strong collaboration between industry and research with a focus on adding significant value by applying fundamental understanding. Small to Medium Enterprises (SMEs) may be better placed to implement these innovations than big multi-nationals.

Game-changing innovations such as automation have the potential to radically change the employment landscape for the next generation of leaders. Education institutes need to respond to this by increasing teaching excellence in Science, Technology, Engineering and Maths (STEM) subjects, especially computer programming. But if we focus too much on pure technological skills we will be failing the next generation; they require not only hard skills, but soft skill that increase social and creative intelligence. This is increasingly important for graduates looking to work in the resources industry where the impact of technical decisions are so clearly felt by the community.

Nimble, agile, responsive were the buzz words used to describe what is required

There are more people living within Asia (China, India, Indonesia, Pakistan, Bangladesh, Japan, etc.) than outside of it, and the growth in the middle class is extraordinary – Joe Hockey

Don’t get carried away with Asian growth, you still need the right product to add value and take advantage of this – Bruce Gosper

Key issue: capital and labour productivity are declining and this is combining with the terms of trade to result in a reduced outlook for wage growth – Peter Harris

Productivity is the problem, but infrastructure is the solution and an independent Infrastructure Australia would help – Ross Garnaut

Joe Hockey also drew the connection between productivity and infrastructure, but also added that research, innovation and competiveness also have a part to pay in building Australia’s future.

Innovation is the cornerstone of productivity and innovation can only be achieved if we imbed science, research and technology in the industry and increase collaboration between industry and research (currently ranked 29/30 in OECD) – Ian Macfarlane

5 million jobs will be displaced by automation, but there is another side to this leger, jobs will also grow, but they will require creative and social intelligence, a product of education – Mark Culley

Education in Science, Technology, Engineering and Maths (STEM) subjects should be the focussed on from a young age – Ziggy Switkowski

Lifetime learning will be the norm and educational organisations will evolve to make this easy and enjoyable. – Ziggy Switkowski

Disruptive technologies such as Facebook, Uber and AirBNB are transforming Australia – Joe Hockey 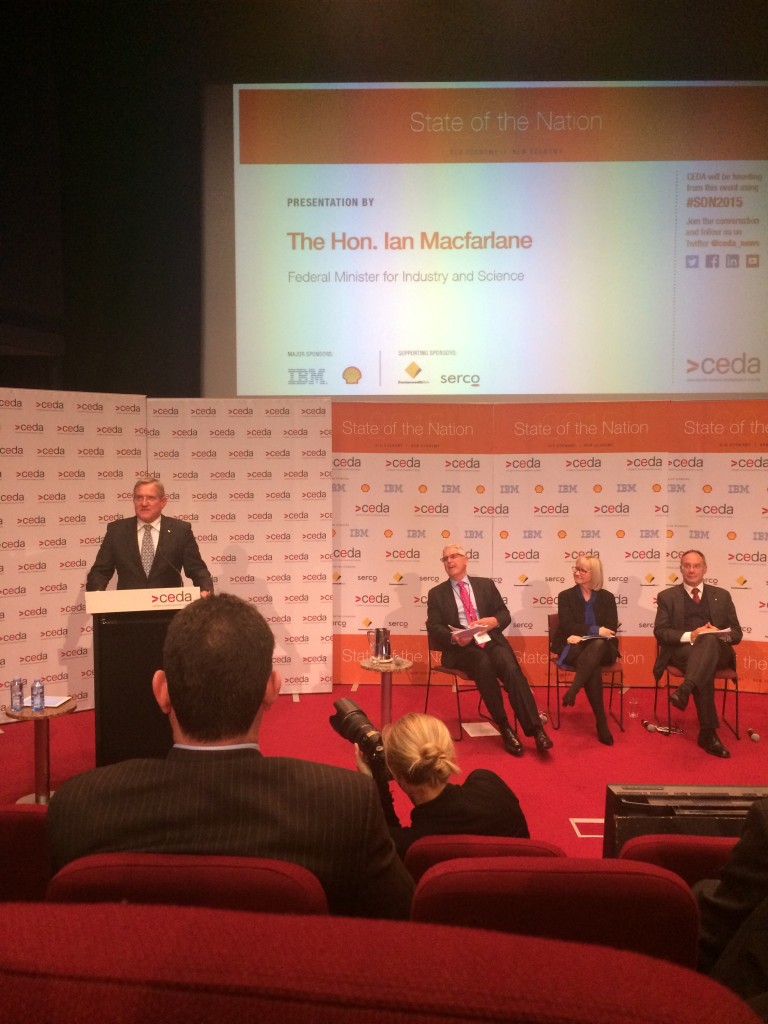 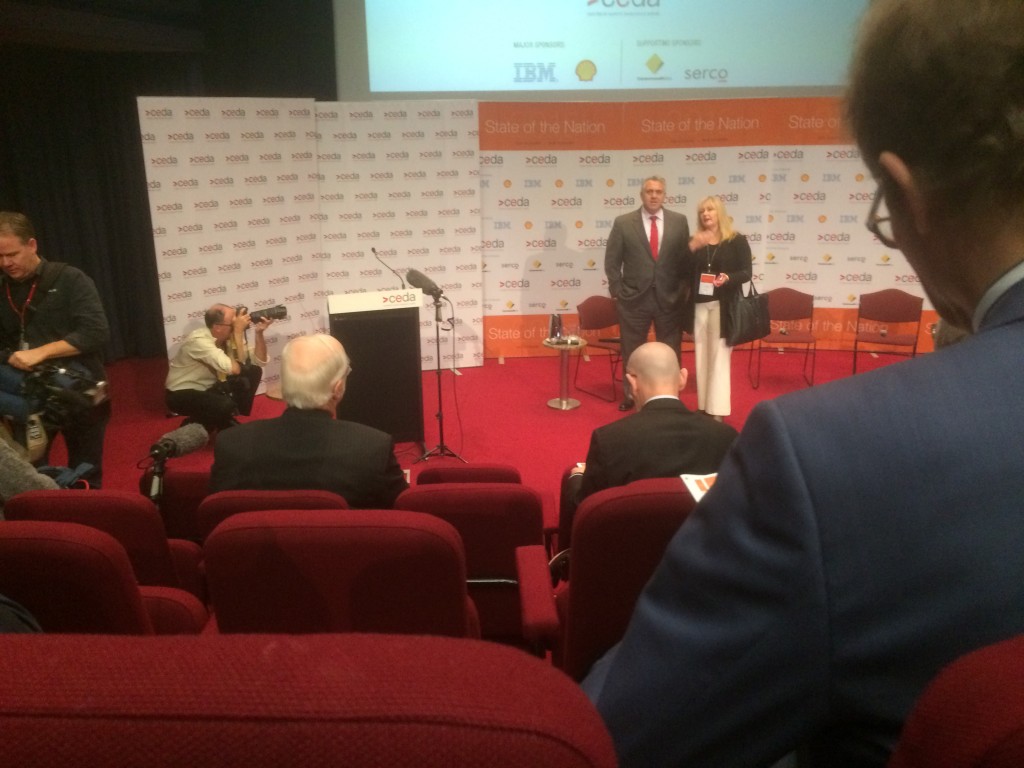 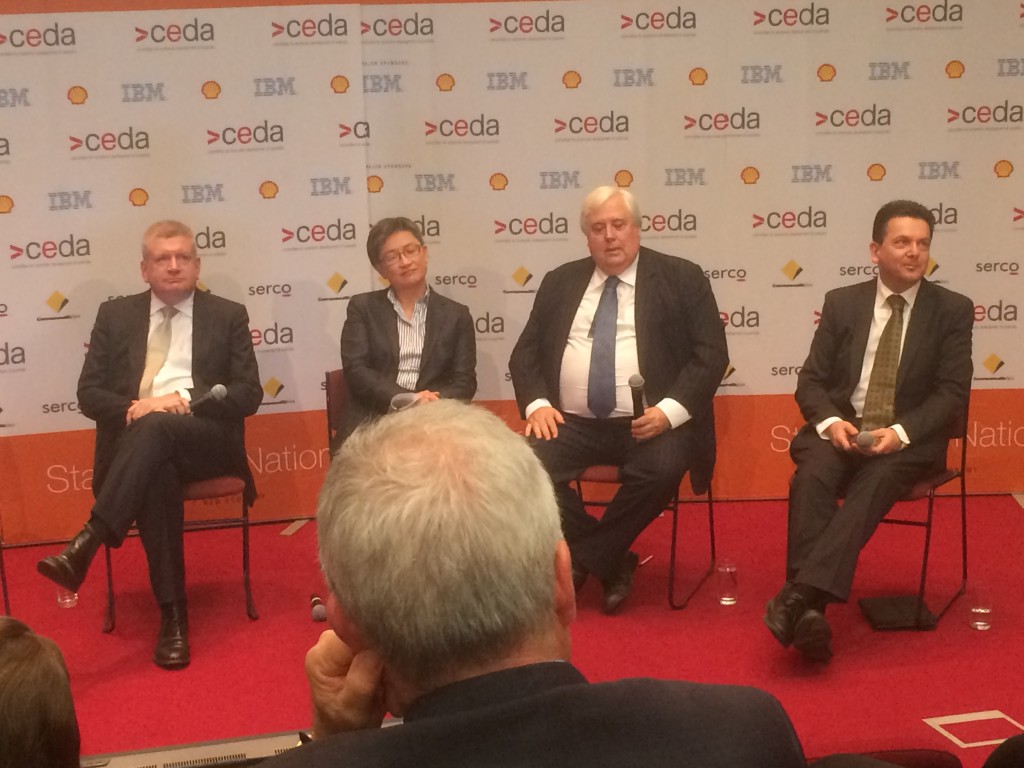 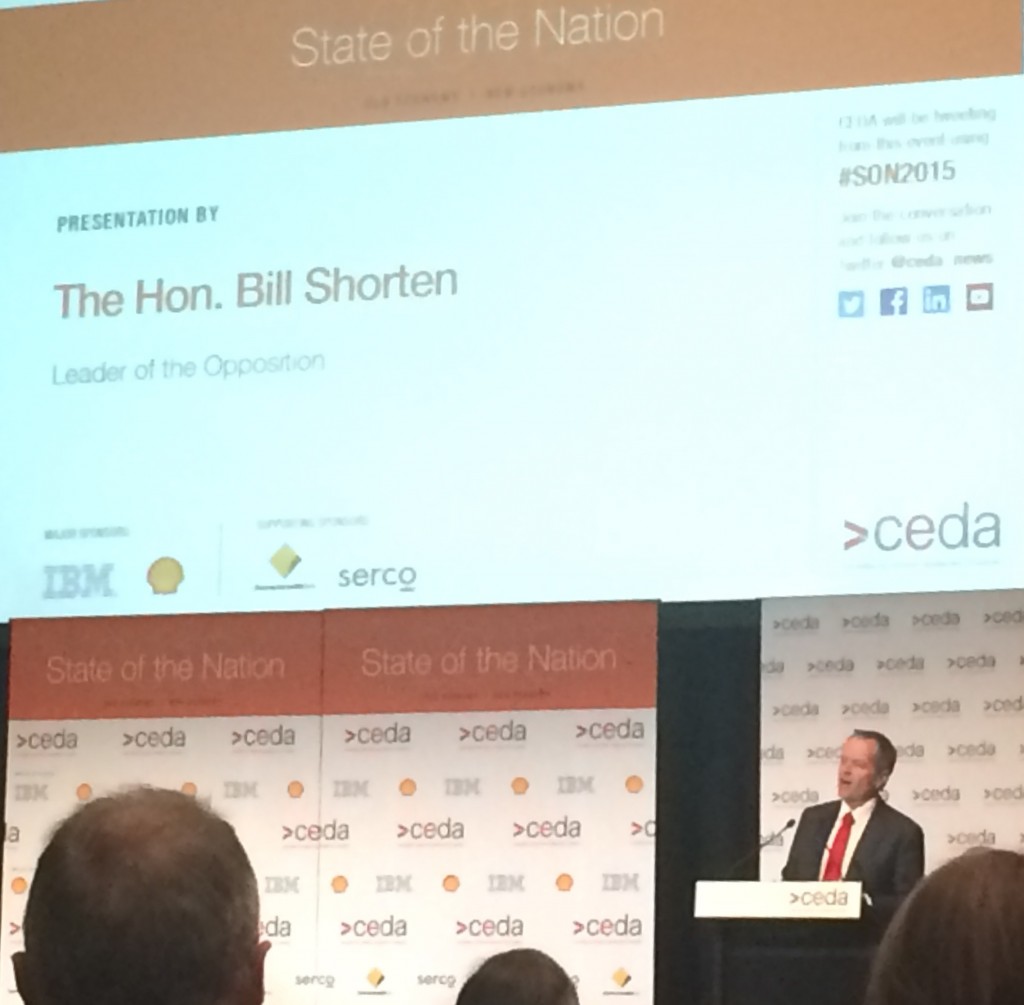 The Hon. Bill Shorten MP Leader of the Opposition[/caption]