Report on Minerals and Metals Production from Mine to Market conference, Trinity Hall, Cambridge, Dec 2015

In December 2015  IOM3 hosted a 2 day conference held at the University of Cambridge entitled Minerals and Metals Production from Mine to Market. It was dedicated to Professor Derek Fray to mark his life-time contributions to and achievements in, minerals processing and extractive metallurgy.

The conference was opened on Tuesday morning by Tony Francis, of Francis Minerals Consulting Ltd, UK, the Chairman of the Organising Committee, and Vasant Kumar of the University of Cambridge, who welcomed the 80 delegates from 18 countries. 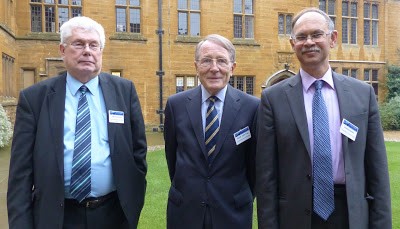 The conference covered a wide range of subjects from “Smart Blasting” through processing to Ionometallurgy and Automated Mineralogy.

There was a clear emphasis of the importance of understanding the mineralogy of a deposit rather than just considering the chemical analysis as it is the minerals that control the processing behaviour. David Goldburn (SGS) gave a very good example of how a development project run based on chemistry rather than mineralogy failed and eventually the mineralogy proved that a separation was not possible due to the fine intergrowths of silica in a hematite matrix.

James Strongman (Petrolab) then presented a paper co-authored with colleagues Jake Harrison and Ben Tordoff of Zeiss, on a method for profiling magnetic and gravity response of metalliferous ore using Mineralogic Mining data. This was followed by a paper by Ben Tordoff on the new Carl Zeiss ruggedized on site automated mineralogy equipment and the benefits it brings to operating mines. These three papers clearly demonstrated the advances in automated mineralogy and the benefits it brings to mining and processing operations.

Recent innovations in mineral biotechnology were highlighted in Barrie Johnson's key note lecture which linked well with Anita Parbhakar-Fox, who presented her paper on the micro analytical characterisation of historic mine waste to assist in determining whether there are economic benefits in reprocessing such materials using modern metallurgical practices.

There were a number of posters presented including one from Nick Wilshaw of Grinding Solutions (a CEEC Advocate) introducing the CEEC Energy Curve, which was well received by many of the delegates. Below is a picture of Nick discussing the poster with Dave Meadows, currently working for Bechtel in the USA. Bechtel have recently sponsored CEEC’s work advancing the awareness of improved energy and comminution productivity. 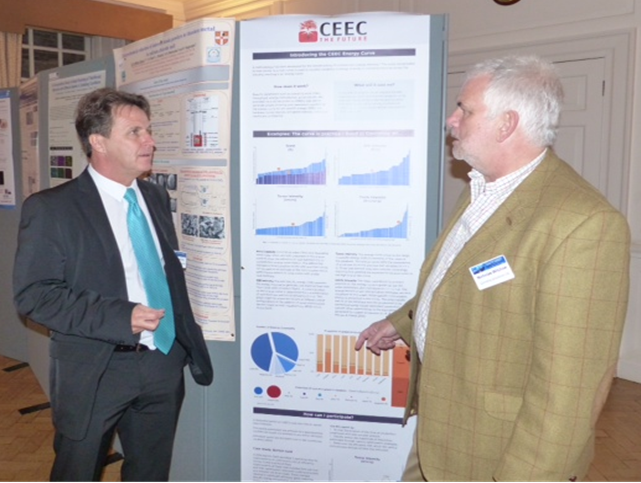 From general discussions with various delegates it is clear that the mining industry is still suffering hard times but investments are being made in areas that enable the operators to improve either grades or recoveries or both. Getting more out of what you have seems to be the general thought. Understanding how savings can be made in current operations is very important at these times and the CEEC Energy Curve certainly helps to focus the operators’ minds on where potential savings can be achieved.